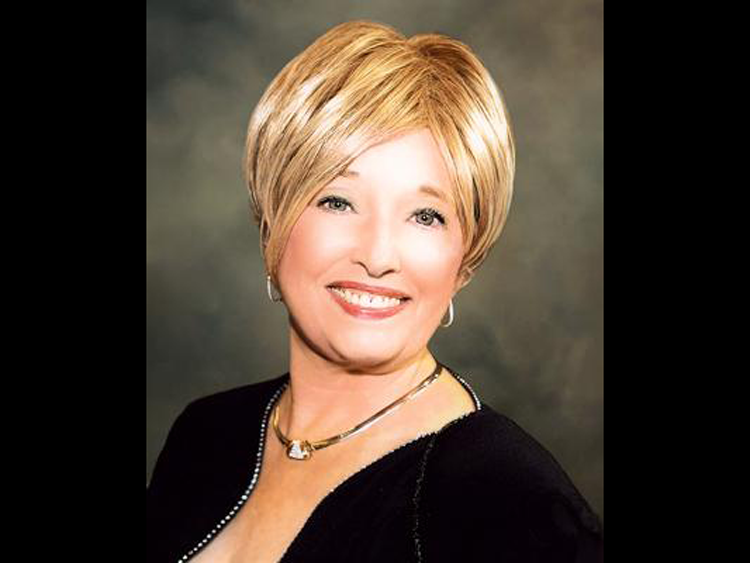 After a three year battle with Melanoma cancer, Vickie Jo (Creighton) Parker now rests in the arms of her Lord and Savior. Vickie died peacefully at home surrounded by her family and friends, October 17, 2013. Vickie was born to Richard (Dick) M. and Margery E. (Criblez) Creighton on Nov. 9, 1949, in Danville, Ill. She attended Potomac, Ill., public schools. While attending school she earned numerous leadership and citizenship awards. Vickie continued her education graduating from Eastern Illinois University with a degree in Elementary Education. She then taught elementary school in Kankakee and Potomac, Ill. During childhood and early adulthood she was an active member of the Potomac Church of Christ and The Number 10 Church of Christ in Collison, Ill.

In March of 1971 her cousin, Ronald A. Hoffman was killed while serving in Viet Nam. It was at Ron’s funeral that Vickie first met Harlan C. Parker. Harlan and Ron had developed a close friendship while serving together in Viet Nam. Harlan was a U.S. Army Representative at Ron’s memorial service and burial in Danville, Ill. Vickie married Harlan C. Parker on June 11, 1972, in Potomac. Harlan was in the U.S. Army and in July 1972 duty called him to Heidelberg, West Germany. While in Germany the young couple attended the Heidelberg Church of Christ. Vickie worked at the GED Center, Thompkins Barracks, Schwetzingen, West Germany, teaching young soldiers to obtain a GED. Vickie’s energy, passion and love of teaching soon earned her a promotion as Director of the GED Center.

In October 1975 Vickie and Harlan returned to the states, taking up residence in Manhattan, Kan., where Harlan was stationed at Fort Riley. While living in Manhattan, Vickie worked as an assistant librarian at Hale Library on the Kansas State University campus. A move to Olathe came in 1979 when Harlan opened a State Farm Insurance Agency. Vickie immediately went to work at the Olathe Public Library. She continued to work there until the birth of their son, Jason, in December of 1980. At this time she joined Harlan in the insurance agency. She and Harlan, working together, grew their State Farm Agency into one of the top 10 agencies in the nation. Through the years she traveled with Harlan to many places on State Farm incentive trips and conventions. She worked in their agency as office manager until recent months when cancer prevented her from functioning in this role.

Vickie loved music, especially all Disney movie songs and all things Mickey Mouse. She enjoyed dancing and playing the piano. Vickie was active in civic organizations graduating from “Leadership Olathe,” the class of 1995. She served as Blackbob PTO president and on Kids TLC Foundation, Kids TLC Gala Committee, Kids TLC Annual Campaign, Overland Park Church of Christ Capital Campaign and YMCA Capital Campaign. In 2007, she and Harlan were honored with the Commerce Bank Olathe Community Service award. Since 1979 she has been a faithful member of Overland Park Church of Christ, teaching Sunday School, working in the nursery, serving in Youth In Action, Summer in the Son, hosting countless youth parties, Brother’s Keepers, and Life Groups. Until she began to battle cancer, she could be counted on to host/serve at bridal and baby showers. Vickie is survived by her husband of 41 years, Harlan C. Parker; son, Jason Parker, Olathe; daughter-in-law, Morgan (Conley); and her precious granddaughter, Riley Grace Parker. Also surviving her are her mother, Margery Creighton, Swansea, Ill.; brothers, Larry R. (Susie) Creighton, Belleview, Ill., and Jeffery R. Creighton, Olathe. There are also numerous brothers and sisters-in-law, nieces, nephews, cousins and a host of friends and clients who mourn her loss.

One of Vickie’s friends said it best: “Vickie is the best example of a truly classy Christian lady.” She was a wonderful wife, daughter, sister, sister-in-law, aunt, mom and “Mimi.” She was a woman of great grace, strength, faith and courage. She was an inspiration to all that knew her. Her love, encouragement and beautiful smile will be greatly missed. The family will greet friends 6 to 9 p.m. Friday, Oct. 18, at the Overland Park Church of Christ. A celebration of her life will be held at 10 a.m. Saturday, Oct. 19, also at Overland Park Church of Christ. Private interment will follow in the Olathe Memorial Cemetery.