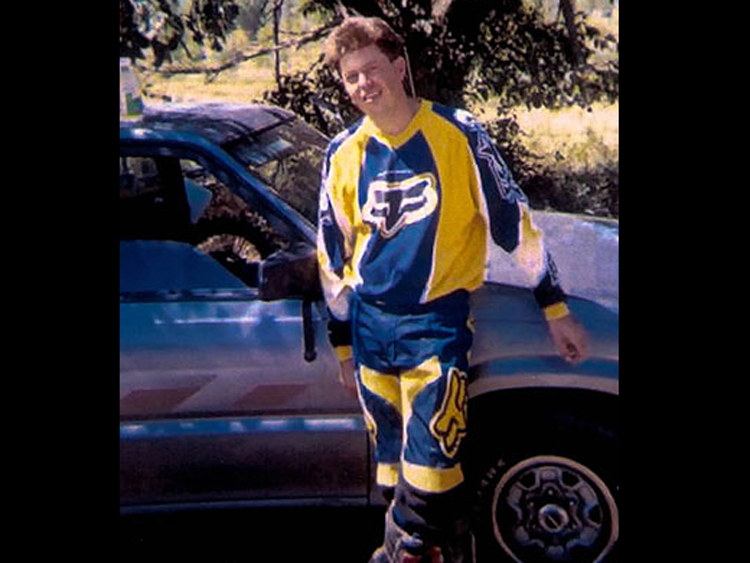 Tom Lewis packed a lot of life into the 32 years he was given. He was taken much too soon from the loves of his life- his sons, his wife, his friends and family, and his dirt bikes. Growing up in rural Rolla, MO, Tom developed his love for the outdoors, riding motorcycles, and working on cars, trucks, anything he could take apart and learn how it worked. Usually, he was able to put whatever he took apart back together, although according to his mother this was not always the case during his earliest attempts.

Tom moved to the Kansas City area the summer of 1997 and was quick to make new friends and settle into a job as an automotive technician. Besides his favorite pastime of riding dirt bikes, Tom also loved to cook and made many delicious, elaborate meals for his family and friends. Above all, Tom was a family man. He and his wife, Therese, loved to spend time with their boys. Tom worked hard and played hard, evenings and weekends were spent taking the boys to fun activities and hanging out with friends.

Tom fought, trying all available treatments, to extend his life long enough to meet his youngest son Conor who joined his two older brothers, Grant and Zac, in November of 2002. Tom lost his battle with Melanoma Christmas of 2002.

In just 32 years, Tom was able to create a blueprint for how to be a loving husband and a devoted father. He will forever be greatly missed by everyone who had the honor of knowing him during his time here.