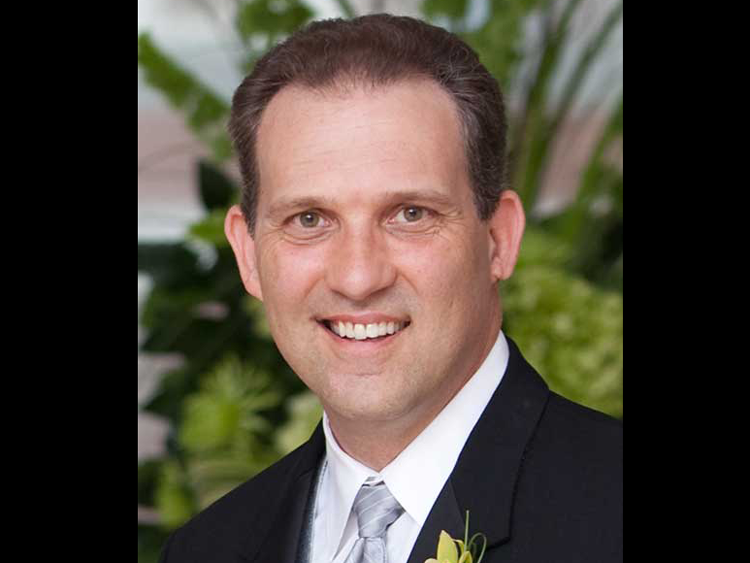 A truly devoted family man - Richard lived for his family. A loving husband and father, he was blessed to get to hold his newborn granddaughter in his arms before melanoma claimed his life at the young age of 46.

Richard grew up in Manhattan, Kansas. Loving the outdoors, he spent many days enjoying family time at Tuttle Creek Lake while boating, skiing and camping. He also enjoyed family hikes, traveling and playing golf. His competitive spirit coupled with his playful sense of humor made him a joy to be around no matter what the occasion.

Richard graduated from Kansas State University in 1987 after earning a Bachelor of Science in Mechanical Engineering. Upon graduation he was hired by Burns & McDonnell, an engineering consulting firm in Kansas City, where he spent his entire professional career. He joined BMCD right after the firm became employee owned and was instrumental in the success and growth of the Energy Global Practice. Richard had an outstanding career in the Energy Group’s mechanical department before his promotion to the Project Management Group. In 2006, Richard was promoted to Associate Vice President in Energy. His responsibilities as an Energy AVP included managing the Project Management Group, maintaining relationships with key clients, and overseeing major projects.

Richard was an avid K-State fan, a Wildcat tried-and-true. It was at K-State where he met his wife Kelly and they began their family.

Though Richard was dedicated and loyal to his career, his family was his priority. Richard always made time for his three children. He made it a point to attend their many activities and throughout the years coached their baseball, softball, and basketball teams.

As evident in both his personal and professional relationships, Richard knew how to manage his time wisely. He was humble, reliable as well as dependable and he was someone you could always trust. He took pride in everything he did giving nothing less than his best and always conducting himself in a professional manner.

Richard was a man of honest integrity who never compromised his beliefs for self-gain. He was a member of Colonial Presbyterian Church, and he faithfully participated in a men’s weekly Bible Study Fellowship group (BSF). He never left home without his miniature silver cross that he carried in his pocket as a daily reminder to always do what is right.

Richard was considerate of others and had a genuine compassion for putting their interests above his own. As a patient at MD Anderson in Houston, Richard didn’t hesitate when asked if he would be willing to participate in a protocol study for a tissue collection pool designated for melanoma research purposes. Determined not to let his illness get the best of him, he fought with courage and dignity.