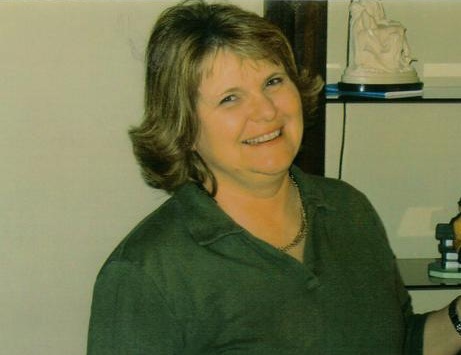 Kimberly Totta Malone was a loving wife, mother, daughter, sister, and friend. She loved people and always met a stranger with her beautiful smile. Kimberly was showing signs of inability to form words and complete sentences in early 2008. Her doctor sent her to have an MRI and the findings were brain tumors. From there to the Oncologist. Kim had her first Brain Surgery to remove the tumor that was impairing her speech and thought process. The results from the surgery was Stage IV Melanoma. Doctors were very hopefully because of her good health and she was young. For the next 10 months, she went to Chicago for clinical trials which were not successful and returned home very ill. The doctor finally said all had been done in December of 2008. Kim lost her battle with Melanoma January 21. 2009. She was 49 years.

As Kimberly met this challenge in life, her faith grew as well as helping her family’s faith grow, especially mine. Kimberly has three beautiful children and could hardly wait until she had grandchildren. Michael has just become engaged, Stephanie is now married, and Sarah is also married and has given Kim a beautiful granddaughter named Kendall now two years old and looks amazingly like her grandmother. I know Kim is watching over her children daily. They have made good choices in mates and are leading lives that would make her proud.

My daughter’s life was spent in loving and caring for her siblings, then her husband, Neal, who was the love of her life. From the first date she told me, he is the one, and sure enough he was. Then she became a mother and you knew she was doing her life’s work. She was there for her children in every endeavor. She was a great role model for her daughters and Sarah is following in her footsteps.

Kimberly will be missed by all who knew her.

My hope and prayers are that we can find a cure for melanoma or detection before it is Stage IV. It seems most people have the moles removed and by the time they show symptoms , they are Stage IV.