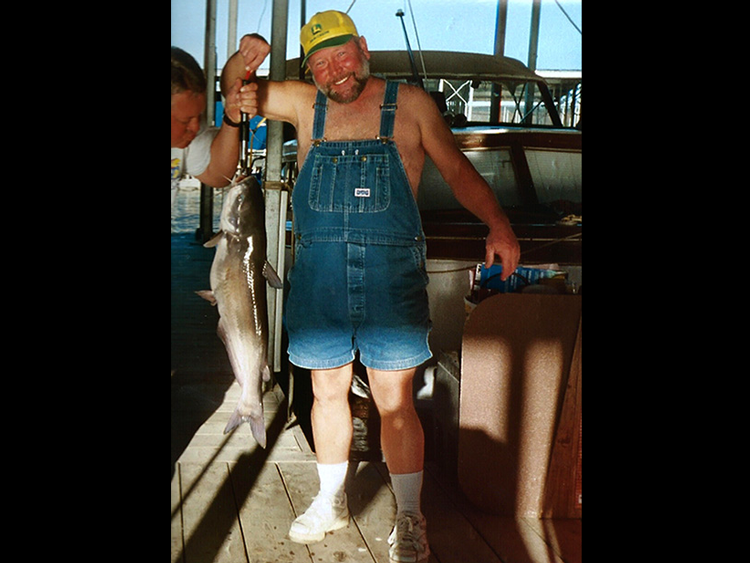 John Phillip Lillig III was born on February 26, 1953, the son of Judy and John Lillig Jr., in Kansas City, KS. John (or Phil or J.P.) was a 1971 Bishop Ward High School graduate. He was employed by the Kansas Department of Transportation for over thirty-five years and was a valuable inspector working out of the Bonner Springs office. John’s love of life and outdoor activities included gardening, hunting, fishing, smoking meat, coaching football, and watching KU basketball games. J.P. was very devoted to the Holy Angel’s Cemetery Association for many years as well as the Knights of Columbus and Parish Council. John married Vicki Alfino on October 24, 1975. They have two daughters, Christy Dow and Carrie Handy; and one son, Shawn Lillig. John also left behind his mother, Judy Lillig; a brother, Mike Lillig; a sister, Colleen Mann; and five grandchildren that called him Gramps.

John’s battle with melanoma began on February 13th, 2009. He had a variety of surgeries, chemo treatments, radiation, and also participated in a clinical trial in Philadelphia, PA during the 11 weeks he lived from the time he was diagnosed until he passed. John was such a fighter during his treatments with a positive attitude and his entire family was so very proud of him for his courage, strength, and love. This walk is special to our family for so many reasons; especially since it is in early May and he ended up passing away on a beautiful spring morning on May 5th, 2009.