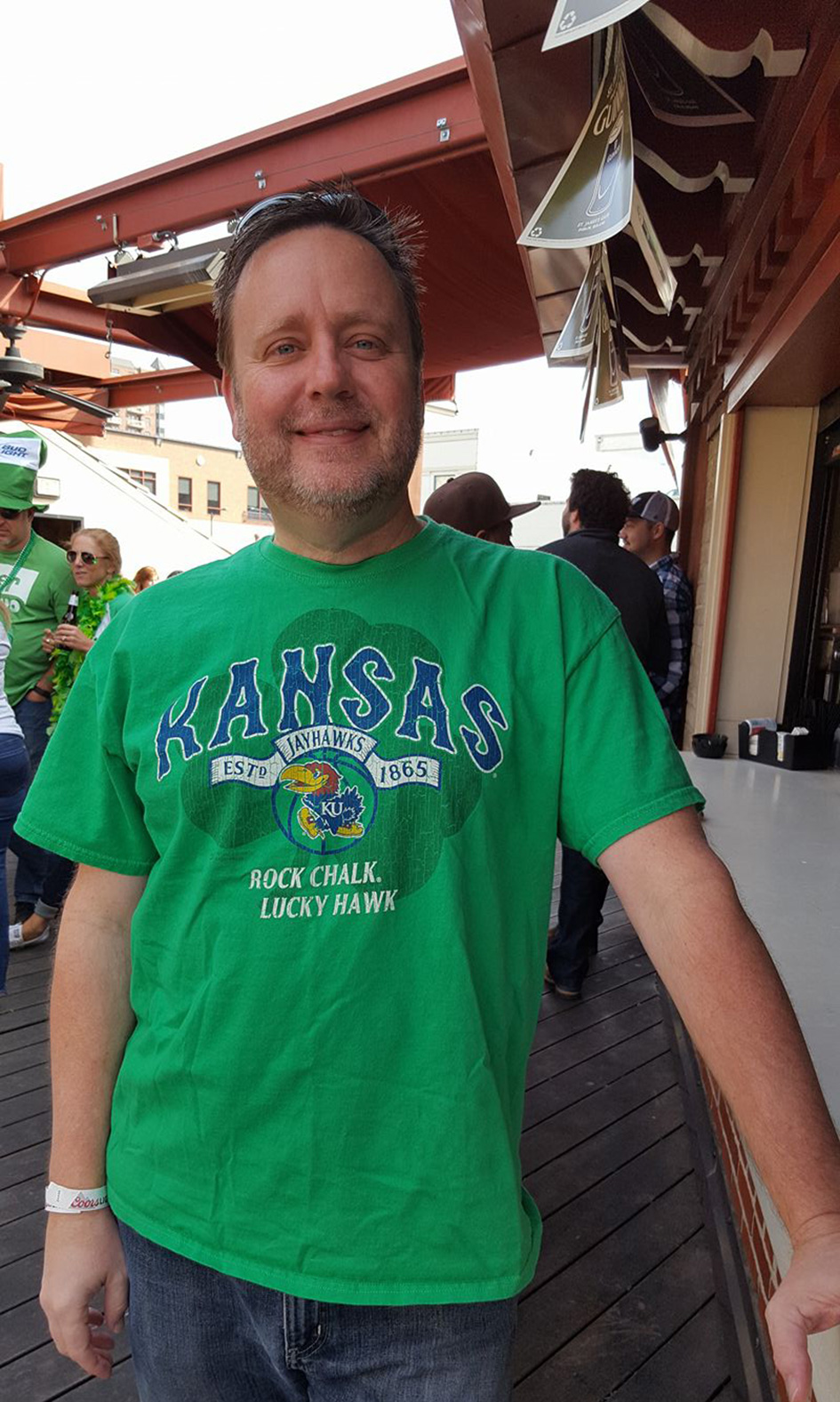 John grew up in the Chicago area and settled in Kansas City after graduating from KU. He was a commercial real estate lender for a Kansas bank and Treasurer for Troop 218 at Church of the Ascension in Overland Park. KS. Most importantly, he was an amazing father to his two boys. He set them on a path to become fine young men. He was a loving father, husband, son, brother, uncle and friend. He was someone you could count on anytime. John was out to have fun and found it in simple things. What he enjoyed most were all the small moments spent with his family and his friends who knew him as Rowdy. Before his passing, he expressed his thoughts on the meaning of life. He said joy is found in all the little, ordinary moments. That is all it’s about. He needed nothing more.

John was diagnosed with Melanoma in August 2014. He had Mohs surgery to remove the lesion from his shoulder. The prognosis was good with a 3% chance of reoccurrence. He followed up with regular skin checks every 3 months and they always came back excellent. December 2018 John fell over while on a ski vacation after exiting the chairlift. His femur had broken. They set a rod in his leg and sent him home from Colorado back to Kansas City. A few months went by and he was not healing. He was diagnosed with Stage IV Melanoma. The cancer was in his bones and lung. John fought a hard battle having two more rods put in both legs and in his arm. He had to learn to rewalk and spent a month in a rehabilitation hospital. He was doing amazing in Summer 2019 while on a newly introduced treatment. He had a wonderful summer vacationing with his young sons and celebrated his 52nd birthday. John continued to live his life as usual through his battle. He was not going anywhere! By autumn, Melanoma had found it’s way past the treatment and into his brain. That December he suffered a seizure and he passed away a few weeks later at KC Hospice with his wife and sister holding his hands..

John’s favorite band was The Grateful Dead….”In a bed, in a bed, by the waterside I will lay my head. Going home, going home, by the riverside I will rest my bones. Listen to the river sing sweet songs, to rock my soul.”

He is greatly missed and will always be loved. My hope is for advancements in improving follow up care, preventative care and treatment for any Melanoma patient.