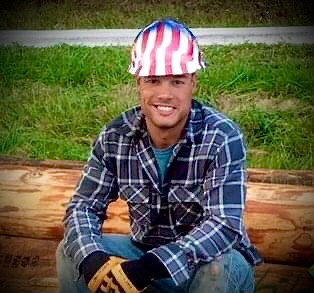 Garrett Evan Dreiling, 34, of Gardner, KS, passed peacefully at home surrounded by his family on November 23, 2020. Garrett was born January 11, 1986, in Wichita, KS, to Daryl P. and Debra A. (Stoss) Dreiling. Per the family’s wishes, to preserve the health and safety of others, Wednesday December 2nd 2020 from 1:00 pm to 6:00 pm friends may come by Bruce Funeral Home, 106 S. Center Gardner, KS, to sign Garrett’s book and leave condolences. A private visitation starting at 9:30, Rosary at 10:30 am and a private Mass of Christian Burial will be held 11:00 am Thursday, December 3, 2020 at Divine Mercy Catholic Church in Gardner, KS with burial to follow at the St. Columbia Catholic Cemetery. The Funeral Mass will be live-streamed on the Parish Facebook page. In lieu of flowers, memorial contributions are suggested to Be Head Strong, Inc. or Outpacing Melanoma in care of Bruce Funeral Home. Garrett’s wishes were to increase the awareness of melanoma by promoting early detection and screening.

Garrett had a creative mind, demonstrating from an early age his artistic talent through drawing and poetry. He was active in Boy Scouts and attained the rank of Life Scout, Order of the Arrow, and was a member of the Tribe of Mic-O-Say. He had the adventure of backpacking across miles of trails at the Philmont Scout Ranch in New Mexico. He had a love for the outdoors and hunting. Garrett was a member of the Divine Mercy Parish.

After graduating from Gardner-Edgerton High School in 2004, he completed his certification from the Southeast Lineman Training Center in Trenton, GA. He started his career with Slater Electric & Sons of Prospect, PA, as he pursued his journeyman license. He then relocated back to Gardner and was employed with Brooks Electric as a commercial lead electrician.

Garrett was an inventive “Do it Yourselfer” who enjoyed tinkering, mechanics, and hands-on projects. He always put his friends and family first. His friends would describe him as someone with a bright smile, great attitude, and one who was always kind and humble. He was a hard worker who was always willing to help others.

He was preceded in death by his paternal grandparents, Frederick F. and Irene Dreiling.

The family would like to personally thank the dedicated care and efforts provided by his doctors and nurses: Dr. Clough and Jessie, Dr. Doolittle and Kristen, Dr. Koffman, and his hospice nurses Aubrie and Michelle. We also would like to thank his work family at Brooks Electric for their continuous and generous support.