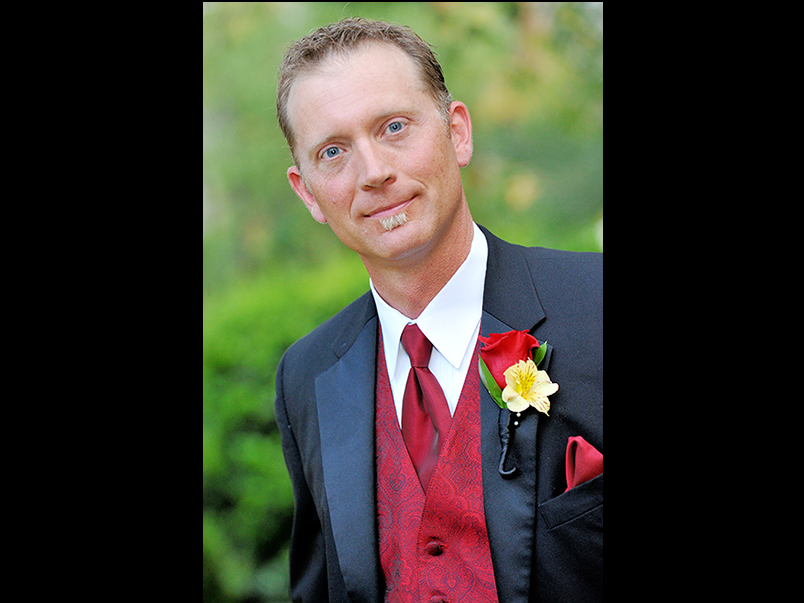 Heaven was fortunate to gain an angel in Dean Trammell, who lost his battle with Melanoma on July 9, 2012. Dean was born in San Bernardino County, California November 9, 1967 and moved to Missouri when he was six years old. Although he didn’t have a whole lot of memories of his time on the West Coast he was still a California boy at heart and loved spending his time in the sun. Unfortunately, he didn’t realize what type of Beast he was creating.

Dean enjoyed life to the fullest and always had an upbeat attitude even when he was fighting the toughest battle. He was able to make people laugh when it seemed no one else could. His family and friends were very important and special to him. As was his love for the Kansas City Chiefs and 80’s rock music . . . specifically Sammy Hagar, the Red Rocker! A self-proclaimed “Rock and Roll Dictionary” he would often impress people with his knowledge.

Dean was originally diagnosed with Melanoma in 2009 after visiting a dermatologist to get a small, dark mole looked at on his back. After the Mohs Surgery determined the Melanoma wasn’t too deep he was advised to have regular skin checks every three months. That was it. He thought he was lucky to have caught it early and went on to enjoy his life with his sons, Morgan and Carson and his wife, Kelley.

That enjoyment was shattered February 12, 2012 when Dean had his one and only symptom – a seizure. Dean was rushed to the hospital where it was determined the seizure was caused by a brain tumor. The next day Dean’s diagnosis came with 13 brain, five lung and three liver tumors. Even with that knowledge Dean still felt very lucky and blessed. The seizure could easily have happened earlier that day when he was driving with Carson and we could have lost them both and possibly others. Even though we knew the odds were against us we still had a chance to fight.

Though the fight was futile Dean kept up his spirits and enjoyed spending time with and hearing from everyone who wanted to let him know how much they loved him.

Before he passed Kelley promised Dean she would do her best to help find a Cure and spread awareness of Melanoma in the hopes another spouse, child, parent or friend doesn’t experience what his had to. Dean’s “In It To Win It” spirit will live within each of us forever.