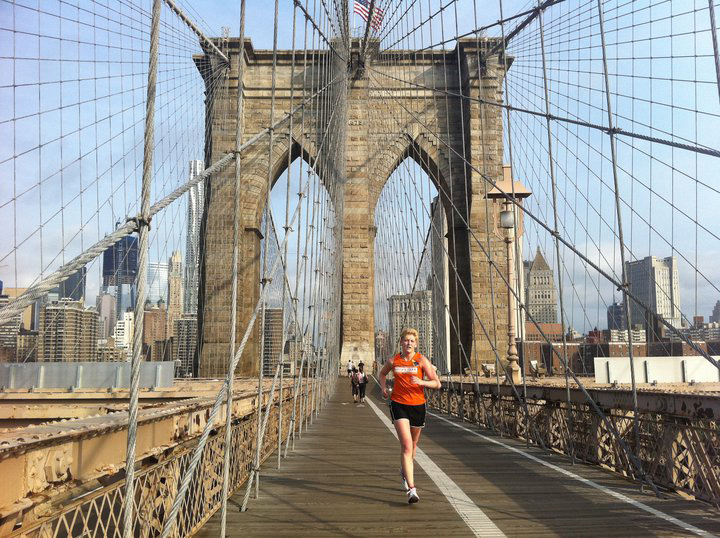 Adrienne was born January 12, 1979 and passed away on September 19, 2015 at the age of 36. She was diagnosed with melanoma in September of 2011. An unusual spot on her back turned out to be Stage III melanoma. Always believing she would beat this horrific disease, she battled it with such strength and courage that she became an inspiration to so many people. By the spring of 2014 the disease had progressed to Stage IV. She continued to fight and not let it interfere with her life for another year and in the spring of 2015 moved back to the KC area to be with family when she could no longer work. Adrienne grew up in Shawnee, KS and lived in this area until 2006 when she transferred to Sioux City, IA while working for Gateway computers. She left Iowa in January of 2008 to fulfill a lifelong dream of living in New York City.

She first discovered a passion for running at the age of 10 when she joined the Merriam Track Club. That passion continued the rest of her life, even while battling Stage IV Melanoma. She would go on to run countless marathons and half marathons, her final half marathon just 10 months before she passed away.

She was an avid sports fan and no matter where she lived, she always supported her beloved Jayhawks, Royals and Chiefs.

Although she did not move to New York to pursue an acting career, she was eventually bit by the acting bug. She was a proud SAG-AFTRA member and had appeared in many film and television roles as an extra. Her favorites among these were roles in Law & Order SVU and Orange is the New Black.

Once she became a cancer patient she was a strong advocate for others battling the disease. She would tell everyone to get an annual skin check and NEVER be out in the sun without sunscreen and protection.