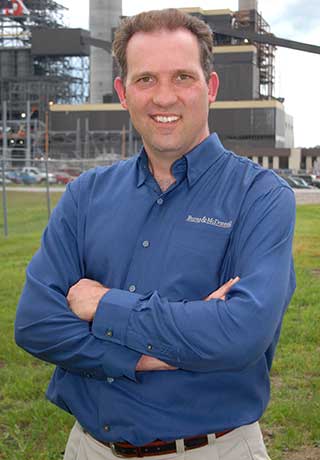 In February 2005, my husband Richard had a mole on his back removed because it had begun to itch. A week later, we learned it was melanoma. Following Mohs surgery, we were told the lesion was thin (less than 1.0 mm) and no further treatment was necessary. I was never aware that Richard’s life was in jeopardy. In fact, I considered us lucky! We noticed the mole and promptly had it taken care of - end of story - so I thought.

We were totally blindsided.

We had just celebrated the holidays with family and friends and were looking forward with anticipation to a promising new year. But on the morning of January 3, 2010, something was clearly not right. Richard began experiencing sciatic pain and tenderness in his lymph nodes. For a while now, he had developed a nagging cough but considered it more of a nuisance as it didn’t seem to slow him down or bother him enough to be concerned beyond taking over-the-counter medicine. As the cough had become more persistent, he called the doctor but wasn’t able to schedule an appointment until January 4th. Because of the sudden discomfort he was in, we decided not to wait another day so I took him to the emergency room. We tried to rationalize how we went from ringing in the New Year just two days prior to sitting there in an emergency room anxiously awaiting answers for symptoms that seemed to crop up overnight.

The wait seemed long so I clung to the cliché that no news was good news. But when the doctor finally returned to the room - and closed the door - my heart sank. We were informed that a chest X-ray and CAT scan had revealed several small masses in Richard’s lungs. Next came the referral for an oncologist. In disbelief, I wanted desperately to crawl back into 2009. We were then given a moment of privacy. Silent and stunned, time stood still.

It would be another week, after a needle aspiration biopsy, a brain MRI, and a PET scan before we learned the diagnosis - metastatic melanoma. In my ignorance, I asked the oncologist what stage the cancer was. His gaze told me I should already know the answer - Stage IV. Desperate and confused, I dared to ask what happened to stages two and three.

It was decided that our best option for treatment was to travel to the University Of Texas M.D. Anderson Cancer Center in Houston. It would be two long weeks before Richard’s first appointment on January 25, 2010. Again we waited, and as each day passed by his physical pain became more obvious and unbearable. I was desperate to ease his suffering, but even the prescribed pain meds proved to be ineffective. In this day in age, it’s hard to understand how his physical pain could not be adequately managed. The discomfort he endured complicated our flight plans as well making it extremely difficult to travel comfortably.

Not realizing just how fast the cancer was progressing, we tried to remain hopeful and optimistic. But in Richard’s case the melanoma was relentless. Though I supported his choice to fight the cancer, we were never told when he began chemo and radiation that he wasn’t expected to live long enough to see the benefits of the treatment take effect. All our hope and energy was directed toward fighting a battle that for all essential purposes was over before it began. Just three weeks after we arrived in Houston, and less than seven weeks after the recurrence was diagnosed, Richard lost his brief but courageous fight.

As I look back, it’s still hard to comprehend how rapidly the melanoma metastasized, and yet we never saw it coming. Richard literally appeared strong and healthy one day; but not the next. Though we believed we caught the melanoma early, we really didn’t have a solid awareness or understanding of its extremely aggressive nature. Richard had followed up with his dermatologist about every six months as recommended for routine mole mapping and had several other suspicious moles removed. In addition, he had annual physicals and nothing was ever detected. And yet like a thief in the night, this deadly cancer snuck up on us without warning, and with vengeance.

Had the realities of this disease been made clear to us, though the outcome may have been the same, our final days could have been spent seeking some kind of peace or closure instead of in hopeless battle. I understand that it can be difficult to inform a patient about a poor prognosis, but at the same time doctors shouldn’t assume that we have all the facts or that we will ask the necessary questions. Regrettably, by the time we realized how serious our situation was, it was already too late. But I’m not looking to place blame because nothing I say or do will bring my husband back. Instead, my vision is to honor Richard’s memory by being pro-active in my own community in the fight against this deadliest form of skin cancer. My intention is to make a difference by increasing public awareness and by promoting prevention and early detection of melanoma, in the hope that others don’t have the same tragic experience that my family went through.